With our apologies, April’s Energy Market Watch arrives a bit late this month. Easter (April 1) would’ve been the most obvious theme for this month’s edition, but if you’ll forgive us, it can be tough to predict when Easter will fall from year to year:

So yes, we missed Easter by a few weeks, but what about a Hollywood blockbuster jam-packed with plenty of…Easter eggs instead? (We’re here all week, folks. Tip your waitstaff generously!)

When you’re Ready Player One, we’ve hidden this month’s news and notes on energy markets right here in plain sight.

Procrastinators across the country unite as millions of tax returns are filed just ahead of the official deadline. While the usual round of tax refunds can give an economic jolt, that tends to benefit sectors like retail much more than energy.

However, tax policy is a major factor impacting broader energy market expectations, particularly following comprehensive tax reform that was passed late last year.  With lower corporate tax rates now in effect, oil and gas producers should see a moderate boost to the bottom line. On the other hand, certain renewable tax credits and incentives offer relatively lower benefits under the new system, though the change isn’t likely to reverse expectations of strong renewable growth ahead. In any case, tax policy will continue to be a point of emphasis for long-term energy market expectations – something worth keeping in mind when filing that last-minute return.

When it comes to natural gas fundamentals, one number is king. Reported weekly, the total natural gas storage number reported by the Energy Information Administration (EIA) gives the market a steady snapshot of the relationship between supply and demand. When demand outstrips supply, natural gas has to be pulled out of storage (and vice versa). Because gas demand is typically much higher in the winter due to increased heating, U.S. gas stocks typically decline in the winter before building higher through the middle of the year.

This year, though, that return to rising inventories has been a bit slow with a late round of cooler temperatures across much of the U.S. preventing storage levels from moving higher. Based on current weather models, the U.S. isn’t likely to see its first storage build of 2018 until the April 26 report – several weeks later than normal. More importantly, if that schedule is subject to any further delays, expect U.S. natural gas prices to take notice and turn higher.

Similar to the EIA’s gas storage report, U.S. jobless claims and GDP are reported regularly, but that doesn’t mean every report has equal importance. From an energy market perspective, the state of the U.S. economy is especially important heading into summer, mainly because of the connection between macroeconomic conditions and seasonal gasoline demand.

In examining demand expectations, gasoline demand in the U.S. can essentially be divided into “elastic” and “inelastic” categories.  The inelastic portion includes activity such as driving to work –trips likely going to occur regardless of the price of gas and that can be impacted by the unemployment rate or jobless claims.

The elastic portion includes summer road trips, which cause gasoline demand to spike between May and August. This portion largely depends on the overall health of the economy, which is often gauged by figures like GDP data. With demand season upon us, that means leading data indicators like jobless claims and GDP growth are useful tools for attempting to gauge how strong peak summer demand will be. That ultimately impacts prices at the pump, raw crude prices and connected commodities, e.g. natural gas and coal prices around the world. From Security to Football: How One School District Funded Its Wishlist [Video Blog] 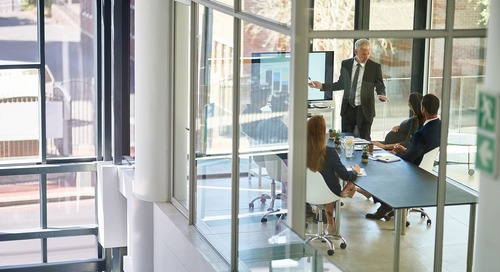 Efficiency: Go Beyond the Low-Hanging Fruit