Tricks and treats. Nothing describes the mercurial energy market better. To stay current and not get surprised by the former, these are the key dates to watch this month.

Like Art Vandelay, China is a major importer-exporter. The world’s second largest economy is involved in roughly $4 trillion in diversified international trade that includes all things energy.

Considering the still rapid pace of Chinese economic growth, it’s no surprise that the country’s energy imports are an increasingly influential factor for a range of products and benchmarks that ripple throughout global energy markets.

Whether its crude oil, diesel, petrochemicals, wind turbines or liquefied natural gas (LNG), China is being counted on to provide a large share of demand growth in the years ahead. This, in turn, supports prices for these commodities around the world.

In the realm of economics and trade, though, few things are guaranteed. The market is constantly looking for signs of weakness to indicate a slowing of China’s appetite for energy exports. To that end, Chinese trade figures that detail the nation’s imports, exports and trade deficit reliably find themselves under the magnifying glass.

Any deviation from industry expectations is capable of jolting crude, LNG and even electricity prices in different parts of the world.

On the anniversary of its founding in 1945, the United Nations will formally celebrate another year as the world’s political stage. More than 70 years later, the U.N. continues to serve as a forum for international sanctions, peacekeeping operations and dispute resolution with critical ties to energy.

Of current note: Iran’s nuclear deal with the five permanent members of the U.N. Security Council has again come under the spotlight. President Trump recently threatened the use of U.S. veto power to declare Iran non-compliant. Beyond the broader geopolitics, that’s a major issue for global oil markets since the removal of sanctions as part of the current nuclear deal paved the way for Iran to lift oil production and exports by than one million barrels per day.

Despite the added dose of uncertainty, that new oil production is expected to survive the latest round of diplomatic finger-pointing, but it’s also a reminder that the deal’s integrity will continue to be a risk in the months and years ahead.

In perhaps the most visible example of life post Brexit, a sharp depreciation of the pound relative to the euro has raised the price Brits pay for natural gas and electric power, which remains highly connected to the continental European market.

That not only means higher natural gas prices for consumers, but also increased costs for electricity, as well as generators see the price of gas-fired fuel on the rise. 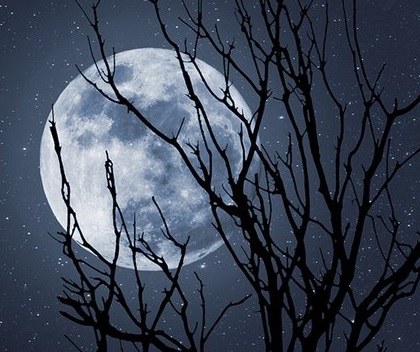 For those keeping an eye on gas and power costs, an early blast of upcoming winter weather can send heating demand into overdrive, squeezing regional energy supplies and sending prices rocketing higher. From an energy procurement perspective, legions of vampires and zombies are nothing compared to “short gas supply” and “extended nuclear maintenance.”

Of course, things can also tip in the opposite direction. Last winter came in fairly mild across much of the U.S., pressuring energy costs lower and allowing a healthy start to the year for natural gas inventories. Still, while a bit of separation from 2014’s polar vortex could encourage a sense of comfort, keep in mind that every memorable scary movie eventually has a sequel.

Maybe November will be a little less frightening. Maybe not. Check back next month to find out. And connect with our team of analysts if understanding and navigating the energy market gives you chills (or a headache). Artificial Intelligence (AI) has become a bit of a buzzword. From “machine learning” in the latest iPhones ... 5 Innovations That Will Shape How Companies Manage Energy

Aggressive innovations by energy solutions providers—in response to pressures such as corporate demand and ...