Dubbed a doomsday scenario for U.S. solar by reporters at GTM Research, Suniva’s recent filing of a Section 201 petition could have broad, rippling effects on the utility-scale solar industry in the United States.

UPDATE: January 22, President Trump decided on a 30% tariff on imported solar panels. Join our webinar to learn more about the impacts of this decision.

If you haven’t heard of this yet, it’s time to listen up. To provide some background before we dive into the implications of this case, in April of 2017 Georgia-based (but Chinese-owned) solar cell and module manufacturer Suniva, Inc. filed a petition with the International Trade Commission (ITC) as a reaction to intense competitive pressure placed on the U.S.-based solar manufacturer by foreign producers. This petition, filed under Section 201 of the Trade Act of 1974, is meant to provide global safeguards against “serious injury” to domestic manufacturers from imports. In mid-April, Suniva filed for Chapter 11 bankruptcy. On May 25th, SolarWorld Americas became a co-petitioner in the 201 safeguard case. Earlier in May, SolarWorld AG, parent company to SolarWorld Americas, also filed for bankruptcy.

In Suniva’s petition, they recommended the ITC place a $0.40/W duty on cells and set a floor price of $0.78/W on crystalline modules manufactured outside the United States. Though Suniva’s requests are just that – requests – a potential price increase of this magnitude would have very material effects on large-scale solar power projects in particular. At the utility-scale level that many corporate buyers are seeking, panels currently trade below $0.30/watt. The requested tariffs could more than double the price for solar panels, crippling two-thirds of projects expected to come online in the next 5 years.

The ITC voted 4-0 in favor of Suniva and SolarWorld Americas, finding that competition from foreign imports did cause serious injury on US solar manufacturers.

The continuing process and key dates for the Suniva 201 petition are as follows:

What's next? How does this impact the industry and what impacts should your company expect?

The potential impact on the U.S. solar industry is significant, but based on recent recommendations by the ITC, should be less than originally predicted. The Solar Energy Industries Association (SEIA) originally pegged this impact on solar industry jobs to be 88,000 jobs lost throughout the solar supply chain. Industry experts at GTM Research suggested solar modules spiking back to 2012 prices if the ITC takes Suniva’s recommendations. The ITC's recommended tariff of 30-35% is below Suniva's requested remedy, and would result in a 10 to 11 cent increase in foreign solar module prices putting modules at the same cost developers were paying in September 2016.

Anyone in the market for solar power, including C&I energy buyers, should continue to track the outcome of this case. For many companies pursuing renewable energy goals, solar power projects have begun to rise to the top of their agendas as they provide competitive economics in many markets. A mandated price increase that applies to potentially all imported solar modules would greatly affect the competitiveness of renewable energy in a market that is clearly eager for a clean power transition.

Now that the ITC has made its remedy recommendations, proposals will be sent to President Donald Trump who will have a deadline in January to make a decision. The president has wide discretion concerning the handling of the ITC's recommendations; he can decide to implement one, do something else completely, or do nothing at all.

This industry is constantly changing, making it an exciting, dynamic, and, at times, a lucrative environment in which to do business. The Strategic Renewables team at Schneider Electric – Renewable Choice is already in negotiations with solar developers to gain an even deeper understanding of where the market stands on the Suniva 201 petition, and how potential outcomes could alter risk profiles for companies entering into long-term solar contracts via power purchase agreements. This case serves as a reminder of why C&I buyers choose to work with an advisor who proactively advocates for the best interest of both the buyer and the environment.

We will continue to monitor the situation and are available for any questions. We are here to help your company navigate these policy changes and understand the possible future scenarios that may unfold while implementing safeguards and measures along the way.

Reach out to our team for more information on the Suniva 201 petition and to discuss the unique implications for your organization. 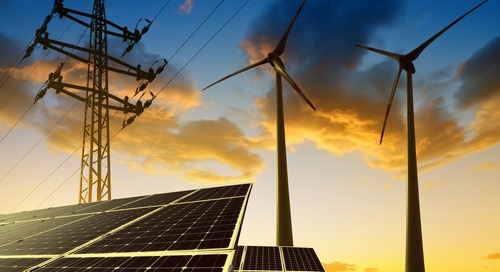 With 2017 CDP climate change reporting season coming to a close, you may be wondering: What else can I do t...