What Does the Proposed Corporate Tax Reform Bill Mean for U.S. Renewables?

The American Council on Renewable Energy (ACORE) acknowledges that current tax law has been critical to the growth of the U.S. renewable energy sector and the news comes on the eve of COP23, where signatories to the Paris Climate Agreement intend to develop a climate change “rule book” designed to reinforce the aims of the Agreement.

As Bloomberg notes, this bill is long from finalized and is facing opposition from the likes of Republican Chuck Grassley, who has been a vocal supporter of wind power. However, in response to the many questions we have received from our clients, we’ve pulled together a summary of the bill’s proposed changes and potential impacts.

Wind & Solar Tax Credits: The House tax overhaul cuts the wind industry’s 2.3-cent-per-kilowatt-hour PTC to just 1.5 cents as well as creating a hard deadline for the phase out of the PTC subsidy,

removing more than $11 billion in benefits to the industry over the next 10 years. The bill would also walk back continuous construction provisions put into place by the IRS, jeopardizing the qualification of projects under the PTC.

The solar industry’s 30 percent ITC subsidy would remain unchanged; projects will qualify for a 30 percent credit if construction starts prior to the end of 2019. However, the permanent 10 percent ITC for solar projects would be repealed under the bill (with the exception of projects that start construction by 2027).

Tax Equity Financing: The lower corporate tax rates proposed by the bill would threaten the supply of tax equity, a type of financing that often accounts for half the cost or more of wind and solar projects. Developers are expected to raise about $12 billion in the tax-equity market this year, $7 billion for solar and $5 billion for wind, according to Bloomberg New Energy Finance. That would be down from about $14.8 billion last year.

Electric Vehicles: The bill also ends a $7,500 credit for the purchase of electric vehicles.

The outcome of the tax incentives for wind and solar should provide reliable indication of whether or not these industries have garnered additional political support as they’ve expanded geographically. Many historic red states are benefactors of the jobs and revenues delivered by wind and solar development (according to AWEA’s 2016 market report, 88 percent of new wind capacity is in states that voted for Donald Trump).

It’s important to reiterate that the bill is still likely to undergo changes before being adopted in any form. When extended at the end of 2015, the PTC and ITC received broad-based, bipartisan support that may continue.

Even if the bill should proceed forward as written, there is still good news:

UPDATE: On November 9th, the Senate released its own tax reform bill which preserves the terms of both the PTC and the EV tax credit, but includes a base erosion and anti-abuse tax (BEAT) revision that could be harmful to renewable energy project investment. Differences in the House and Senate bills are expected to make for contentious conversations to reconcile in the coming days. Congress hopes to pass a final bill by the end of December.

We advise our customers to stay the course on their renewable energy acquisition strategy, particularly as it concerns power purchase agreements. We’ll provide updates as the corporate tax reform bill moves through Congress. 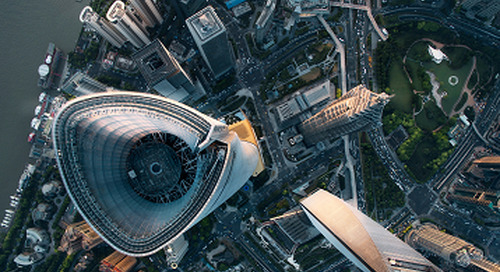 The Transformative Role of Data in Science-Based Targets The world is more connected, responsive and dynamic than at any point in history; and few sectors are more ...