On 2nd March 2022, world leaders and environment ministers met to begin negotiations on the world’s first legally binding international treaty on plastic pollution. The size of the challenge is enormous: today, around 400 million tons of plastic are produced each year and, deplorably, only 9% of it is recycled. Plastics production and disposal also considerably affects global warming. To understand why a global treaty on plastic pollution is needed to amplify existing efforts and explore the opportunities and benefits of the circular use of plastics, we sat down with our circular economy expert, Gaurav Sharma. 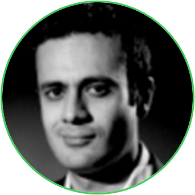 A short history of plastics and recycling 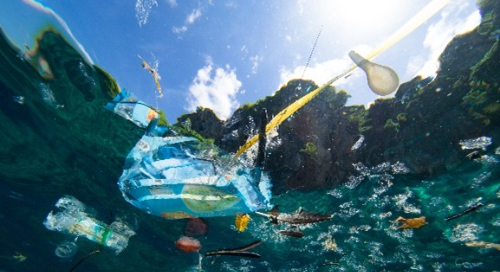 Plastics are a wide range of synthetic or semi-synthetic materials consisting of polymers – long molecules chains built around carbon atoms. The word plastic means “pliable and easily shaped”. That ‘plasticity’, along with many other desirable attributes of the wide range of plastic materials, is the root of an unparalleled global consumer product transformation. ‘Bakelite’, the first fully synthetic plastic invented in 1907 as an electrical insulator, was marketed as “the material of a thousand uses”. The surge in plastic production continued over the following decades, accelerating during the 2nd World War and fueling the subsequent economic recovery.

However, as concerns about the environment, and specifically waste, began to flourish in the 1970s and 1980s, plastic’s acclaim began to sink. Plastic lasts forever in the environment and the visible pollution of ecosystems with plastic waste quickly became troubling. During the 1980s, plastic recycling emerged as a solution. The plastics industry itself invented the processes to recycle discarded plastic and encouraged municipalities to collect plastics as part of their waste management. However, recycling is far from perfect: only about 30% of plastic is collected for recycling in Europe, while the plastic recycling rate in the US is 8.4%.

For these mechanically recycled plastics, the product usually degrades in quality and usability. Chemical recycling is an emerging technology with great potential to complement conventional mechanical recycling, as it rebuilds plastics of better quality from chemicals components. The technologies are not yet fully established on an industrial scale but are crucial in achieving a higher share of recycled materials as substitutes for ‘virgin’ plastic.

Schneider Electric is working to scale new recycling technology by contributing to an Ellen MacArthur Foundation white paper on chemical recycling and creating a prototype product with chemically recycled plastic.

Today’s plastic problem is enormous. Plastics are in excessive use across all areas of the economy, and recycling alone will not solve this problem. The Ellen MacArthur Foundation clearly points this out in their vision of a circular economy for plastic, including six key elements of a global plastic solution:

There has already been a lot of voluntary action underway in line with this vision. For example, through the Ellen MacArthur Foundation and UNEP’s Global Commitment, and the Foundation’s Plastics Pact Network, more than 1,000 organizations are taking significant steps toward a circular economy for plastic.

Schneider Electric is part of the European Plastics Pact, and among our 2025 targets are the goals to have 50% green materials in products and to eliminate single-use plastic from primary and secondary packaging. This follows a successfully achieved 2020 target of having all transport packing come from recycled or certified sources. Recently, we launched the first home energy solutions made from ocean plastics. The same product range received the Cradle to Cradle certification, further highlighting the business benefits of putting circular economy into practice. 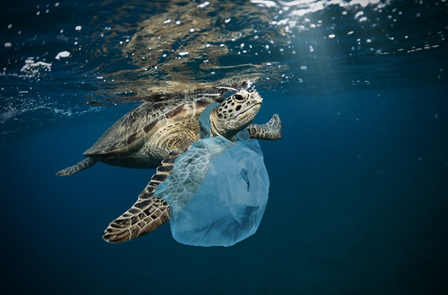 Despite these developments, voluntary agreements alone cannot reach the scale of change needed. No country or organization can fix the problem on its own. Policymakers have a critical role to play in creating the right conditions and incentivizing circular over linear practices. Moreover, plastic pollution has a global reach, as plastic waste is sometimes shipped thousands of kilometers to destinations where it is mostly burned or dumped, and around 11 million tons of it are ending up in the oceans each year.

To tackle this problem, at a UN meeting in March 2022, world leaders agreed on the broad terms and next steps to form a new treaty on global plastic pollution. The resolution in its final version entitled, ‘End plastic pollution: Towards an international legally binding instrument’, covers plastic pollution of all sizes and all sources and aims to protect marine and terrestrial ecosystems.

The UN is targeting to complete a finalized treaty by 2024 that includes specific targets such as:

The final treaty promises to be legally binding, and some experts expect it to have similar importance to Paris Agreement for climate action. Following the example of science-based climate action, experts urge organizations to develop targets and KPIs based on the “best available science” and on documented circularity best practices.

Why the plastic problem is also a climate problem

Virgin plastics originate from fossil fuels. The plastic industry accounts for about 6 percent of global oil consumption and is expected to grow this percentage in the coming years.  Considering that only 9 percent of this virgin material gets recycled globally, the rest is dumped into the natural environment. When not recycled or disposed of in a controlled manner, discarded plastic generates GHG emissions when exposed to solar radiation both in air and water. Consequently, the Ellen MacArthur Foundation projects that by 2040, a circular economy model would have the potential to not only reduce the annual volume of plastics entering our oceans by 80%, but also reduce greenhouse gas emissions by 25%. As such, it’s clear that the global treaty on plastic pollution is a logical (and necessary) next step to the Paris Climate Agreement.

Although the final UN treaty is not expected before 2024, there are several compelling reasons to start now and take the lead on circularity with voluntary actions. Circular economy principles can generate both environmental impact and competitive advantage for businesses that choose to innovate the way they work. One of the key benefits that allows circularity to drive business growth is the emphasis on customer relationships, moving from a transactional relationship to a full lifecycle, long-term engagement. Schneider Electric CEO and Chairman, Jean-Pascal Tricoire, shares in this video how prioritizing the move to a circular economy business model has made the company more competitive in costs and value proposition. Another key benefit is that circularity can be one of the important levers an organization has to reduce its Scope 3 carbon emissions.

On May 19th, Schneider Electric’s Circularity Consulting Practice Lead will be joined on a webinar by experts at Interxion and the Ellen MacArthur Foundation to share best practices and discuss circularity as means to transition to a net-zero future. Click here to register and join the discussion. 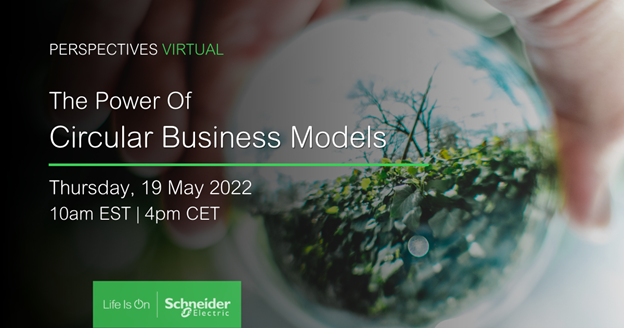 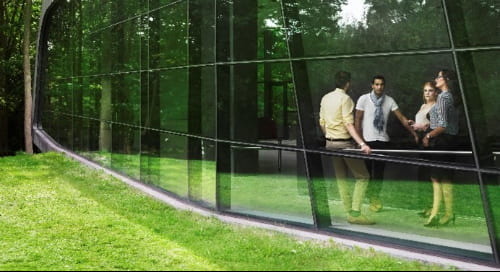 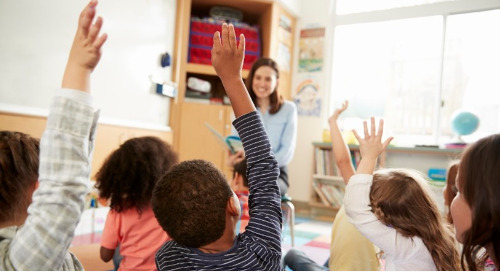