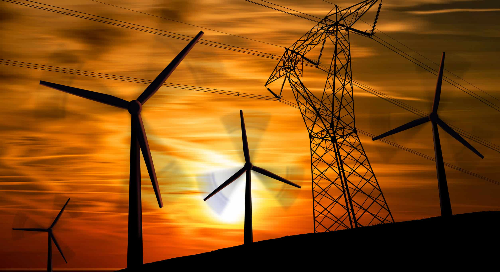 With the release of several recent agreements, the European Union (EU) is taking significant steps to reduce emissions and combat the global climate crisis. Informal agreements have been reached on several key measures which will have significant implications for businesses operating in the EU: the Emission Trading Scheme (ETS), the Carbon Border Adjustment Mechanism (CBAM), and Energy Cap & Repower. Let’s take a closer look at these agreements and their impacts on the EU's efforts to reduce emissions and promote sustainable energy.

The ETS is a market-based mechanism that covers 40% of all EU emissions, mainly from energy production and industry. The current CO2 price is €85/ton. To ensure competitiveness with imports from outside the EU, industries receive free CO2 allowances. However, the new guidelines for the ETS will make reduction targets significantly more aggressive for emissions in relevant sectors.

Specifically, the new guidelines will:

In addition to these changes to the ETS, the EU has introduced a new system, ETS2, which will cover fuel used for road transport, buildings (private and commercial) and process heat and manufacturing. The ETS2 price is capped at €45/ton until 2030 and will be introduced from 2027. Half of the revenue from ETS2 will go to the Social Climate Fund, and the other half to Member States, who have to use it for social climate action in buildings & transport.

The CBAM is a new levy imposed on carbon-intensive imports into the EU to prevent carbon leakage, linked to the ETS. The concept of carbon leakage refers to the phenomenon of companies relocating their operations to areas without carbon pricing or emissions regulations, to skirt their responsibility to pay for their emissions. The CBAM aims to level the playing field for EU industries and prevent companies from moving production to countries with weaker climate regulations.

To conform to World Trade Organization (WTO) rules, the free ETS industry allowances will be phased out, mirroring the phase-in of CBAM. Companies importing to the EU will have to buy allowances to offset their emissions. The revenue from these allowances will be used to support the EU's climate goals. The CBAM will be introduced in 2023 and will only apply to iron and steel, cement, fertilizers, aluminum, electricity and H2, and certain downstream products such as screws/bolts. Not included are manufactured goods, such as heat pumps, at least in the first stage. Indirect emissions (e.g., from energy used during manufacturing processes) will be included "under certain circumstances" which have yet to be designed in 2023.

With political agreement on a so-called “market correction mechanism,” energy ministers set a plan to cap energy prices, which will come into force on February 15, 2023, and last for one year. Trade on Europe’s gas exchanges will be capped at €180 per megawatt-hour (today, prices are about €115 per MWh), if the price level is reached for three working days.

For the same duration of time, European wholesale gas prices are set to €35 above the global price of liquefied natural gas (LNG). If triggered, the cap would, in theory, apply for at least 20 working days. This move follows a previous agreement that enabled a tax scheme on infra-marginal producers in Europe.

The EU agreed on a new Repower regulation to address the need to accelerate investment into renewable electricity generation. The new regulation is set to come into force in January 2023 and run for 18 months. It is intended to ‘bridge the gap’ until the related EU Renewable Energy Directive is updated and adopted next year. The new rules can be applied to existing projects in the pipeline and any further projects proposed before June 2024.

At its most basic level, the regulation states that the permit-granting processes should not take longer than one year for renewables projects, two years for offshore renewables projects, and less than 6 months for electrical capacity of less than 150kW. The new deadline for permitting procedures for solar on ‘artificial surfaces’ is 3 months. REPowerEU is backed with little fresh funding; €20 billion taken from the bloc’s carbon market, part of which will be dedicated to energy efficiency deployment. It follows previous agreements to cover the winter months, including a mandatory peak-load reduction target of 5% and a voluntary agreement about a 10% demand reduction.

Together, these agreements represent significant steps forward in the EU's efforts to reduce emissions and promote sustainable energy for a decarbonized, digitized future. The new targets for the ETS, the introduction of ETS2 and the Social Climate Fund, the CBAM, and the Energy Cap & Repower initiatives all aim to support the EU's climate goals and help to create a more sustainable future. Other regulations within the Fit for 55 Package, about energy efficiency, building renovation and renewable energy shall be adopted over the year, and our team will be closely monitoring alongside our clients.

To understand how these new measures from the EU will impact your business amid today’s energy market volatility, start a conversation with our team of experts. Learn more and connect with us today.

While relatively new and complex, aggregated PPAs offer a tested and proven approach to system-wide decarbo...