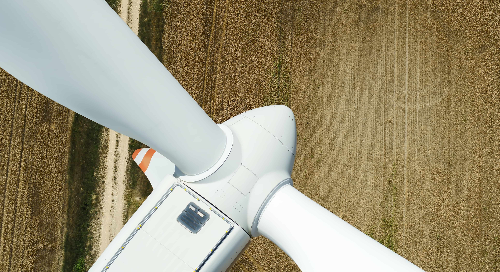 As world leaders met for COP27, it was already clear that alongside reducing emissions, the energy transition must consider how to mitigate power market volatility. While nuanced, Power Purchase Agreements (PPAs) are one avenue to provide long term stability to energy price fluctuations while enhancing sustainability performance. PPAs are an energy contract between an offtaker (a utility or corporate buyer) and a renewable generator for an agreed volume, price, and delivery structure.

Demand for PPAs is rapidly growing. In fact, the RE100 criteria now requires purchasing of renewable electricity generated from sites less than 15 years old. Consequentially, PPA demand and developer investment into new renewable projects are expected to increase. Simultaneously, as we will explore in this blog, new entrants into the PPA market are creating even more demand for these renewable projects.

Traditionally, PPA demand has been primarily driven by large corporations with significant electricity loads. Despite their willingness, renewable procurement is notoriously more challenging for Small-and-Medium Enterprise (SMEs) due to lower power demand, poor credit rating, and limited tendering expertise. This has left smaller organizations with limited options when it comes to renewable procurement.

However, aggregated PPAs can provide a solution that allows SMEs to gain economies of scale by working together on renewable procurement. In many cases of successful aggregated PPAs, a sponsoring corporation convenes a group of its suppliers into a buyer consortium to meet the volume demand required by a developer. This increases SME buying power, enabling them to access long-term renewables to reduce their Scope 2 emissions. At the same time, by enabling its suppliers to decarbonize through PPAs, the convening organization gets the benefit of reduced emissions throughout the supply chain, helping to address its own Scope 3 emissions.

There are two possible PPA deal structures, both of which can be negotiated separately or under a joint venture:

With a growing emphasis on Scope 3 emissions, in the first structure, corporations are encouraged to use their size and influence to decarbonize their supply chain. By acting as an anchor tenant during PPA negotiations and offtaking a larger share of energy generated, corporations can help SME buyers who often do not meet the volume required by generators to finance a new renewable project.

A consortium of businesses can bundle their energy demand and enter an aggregated PPA together without an anchor tenant. Here, corporate offtakers unify to achieve similar goals: aggregate their energy offtake, benefit from economies of scale, and optimize their combined offtaker profile.

For example, as a part of its Project Gigaton, Walmart convened a group of its suppliers to execute a PPA with no anchor tenant. In another example, Philips, Heineken, Nouryon, and Signify came together to form the first pan-European aggregated virtual PPA without an anchor buyer. Schneider Electric was proud to advise these companies in their 10-year agreement that will avoid 230,000 tons of emissions annually.

Challenges of aggregation for offtakers

Alongside the benefits, an aggregated PPA will inevitably come with more stakeholders whose buy-in is required to successfully complete a deal. A PPA-buying cohort must confront conflicting motivations, priorities, and timelines that can slow down the decision-making process. Consortium offtakers should not only attempt to set shared and aligned goals with co-offtakers from the start, but also be prepared to compromise before going to market to increase the likelihood of a successful tendering negotiation.

Alternatively, a consortium can choose to nominate one buyer to manage the tender process and represent the best interests of all corporates. This responsibility often goes to the most mature corporation due to increased skillset for leading discussions.

The developer’s perspective on aggregated PPAs

Feedback from a developer focus group on the Zeigo platform highlighted challenges and some interesting insights:

The current energy crisis has increased operational costs of companies across nearly all sectors and geographies. Aggregated PPAs can help SME suppliers to secure renewable energy at a fixed price, mitigating price volatility and stabilizing operations to avoid disruption. These co-benefits of operational reliability and improved sustainability performance build a strong business case for all organizations to decarbonize.

While SMEs reap many of the benefits of an aggregate PPA, larger members too are incentivized by reducing emissions in their supply chain to meet their own Scope 3 goals. Plus, all parties benefit from price security, which is especially advantageous during a period of economic instability.

Although aggregated PPAs are still in their relative infancy and remain quite complex, they offer a tested and proven approach to system-wide decarbonization. As familiarity increases, challenges will reduce, and adoption will accelerate. Aggregated PPAs offer a helpful solution that benefits developers, large offtakers, and small offtakers alike, making them a trend that is ripe for growth.

Fill out the form below to get in touch with our team to better understand your opportunities.

In a series of recent agreements, the EU has taken steps to address volatility and prepare Europe for a sus...

The RE100 criteria changes announced in late 2022 will begin to have cascading impacts on members’ renewabl...