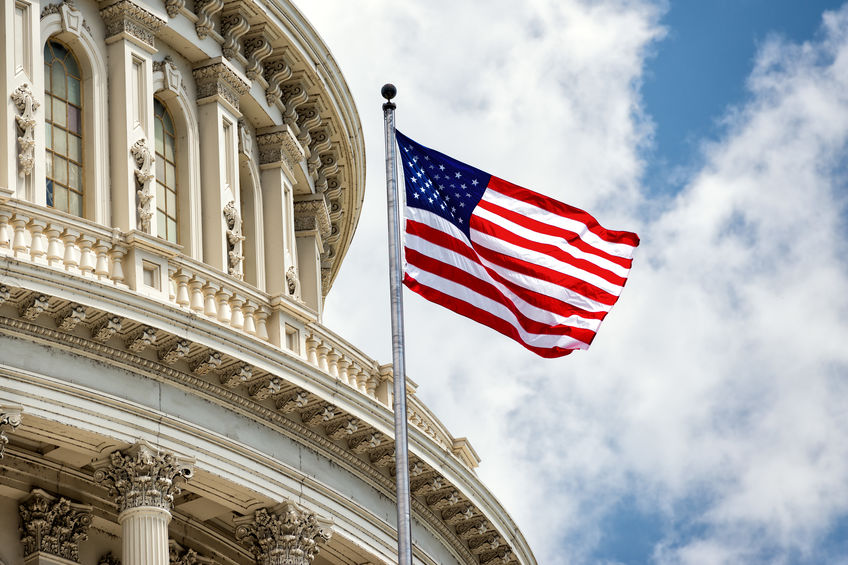 The new president and his administration have had a busy first 100 days making good on campaign promises ranging from economic relief to infrastructure upgrades. One of the most active areas has been a wave of executive orders delivered on the president’s promise of climate action. This includes the recently announced target that the U.S. will halve its carbon emissions by 2030.

What impact has this activity had on the private sector – and what can companies anticipate next?

Much of the action – so far – has been primarily symbolic, with down-the-road ramifications

Several of the administration’s most visible actions on the environment – such as pausing the issuance of new drilling permits on Federal lands, halting plans to build the Keystone XL pipeline, and rejoining the Paris Climate Agreement – have had limited impact end-user energy prices to date. As an example, while halting plans to build Keystone XL is a tough economic blow for Midwest refiners and Canadian crude producers, the net impact on the price of U.S. gasoline at the pump is minimal. In another case, fracking on Federal lands in areas like the Permian basin will continue despite new regulations, due to continued operation of existing wells and a backlog of drilling permits. These changes have had relatively little impact on commodity pricing, and any challenges created have been largely isolated to specific sectors more focused on fossil fuels.

Far more impactful have been fluctuations in supply and demand as the world has weathered the COVID-19 pandemic. These fluctuations have also overlapped a period where electrification is on the rise. U.S. crude oil production is unlikely to fully rebound to pre-COVID levels this year, whereas U.S. natural gas production continues unabated and may limit upside risk on electricity costs in the near-term.

Pending infrastructure legislation will have real impact on all economic sectors

One of the most urgent needs cited by the new administration was to help to “jumpstart” the recovering 2021 economy. In March 2021, Congress passed the American Rescue Plan, which included a record $1.9T in funding across a variety of economic segments, including schools. Since the pandemic shutdowns began in March 2020, the U.S. has invested a total of $6.5T in COVID-19 recovery and 2021 government funding, which exceeds the annual economic output of most European countries.

However, Biden’s intentions don’t stop there. The president hopes to pass sweeping infrastructure legislation, using the funding for the program to “build back better” from the pandemic. The components of this program, in addition to general economic recovery and traditional infrastructure in the transportation sector, include decarbonization, resilience, and the transition towards clean energy and electrification, as well as more unconventional commitments to domestic social issues such as digital access and equity.

The president’s proposed package – the American Jobs Plan, with a price tag of $2.3T – would be spent over an eight-to-10 year period, with specific carve outs for the transition to electric vehicles, retrofits in housing and schools to improve energy efficiency, clean water initiatives, and upgrades to power infrastructure. 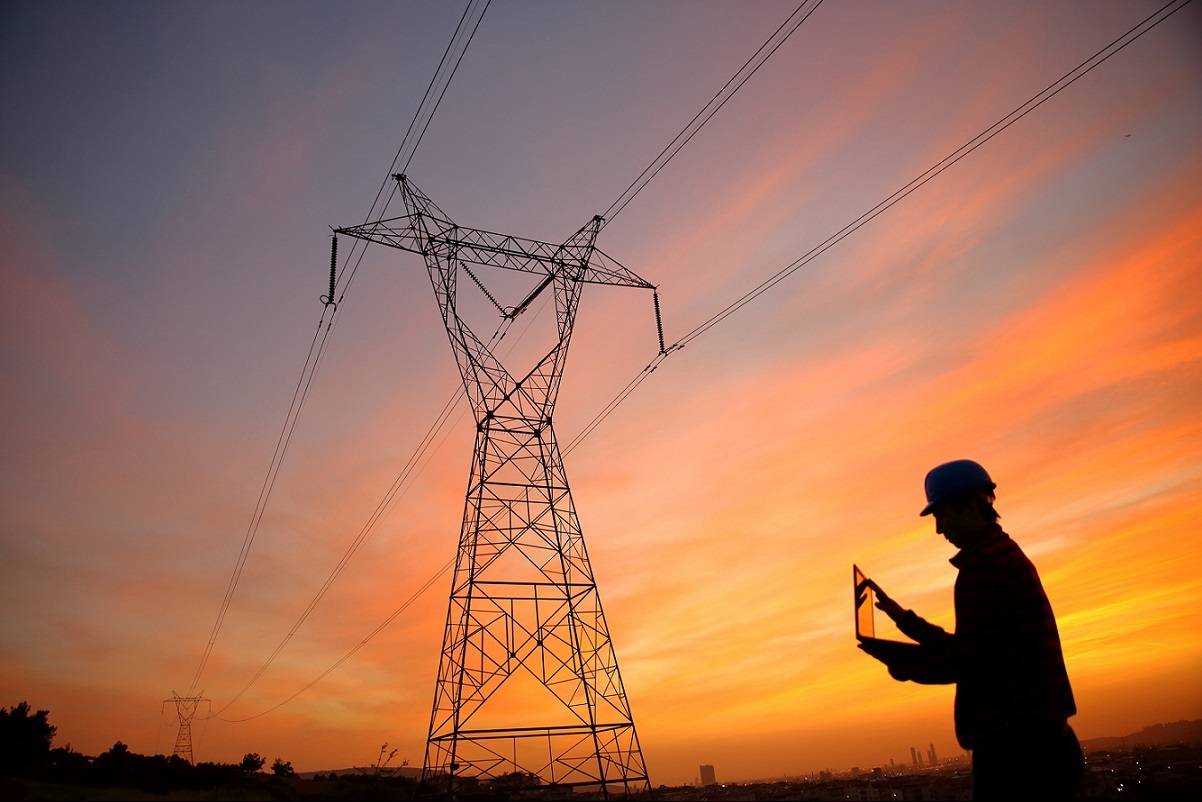 It is unlikely the American Jobs Plan will pass through Congress as proposed; just last week, Republicans proposed a more modest package with a $568B price tag. Our government relations team at Schneider Electric expects that much of the refining of the programs to get to an agreeable middle ground will take place over the summer.

While individual corporate interests may not make it into any final package, companies can expect that the legislation will drive broad-based spending across related industries.  A shift away from more historic infrastructure targets (roads, bridges, and tunnels) will also likely have trickle down effects on U.S. business, particularly in impacted segments. The package will also include significant funding for states and localities, including the return of ethical earmarks that will target community projects and which proponents hope will drive local economic development.

While White House activities in the first 100 days has had limited impact on the direct cost of energy so far, there is almost certain to be a knock-on effect of many of the administration’s early decisions. One thing that is clear is that the administration is serious about climate action. The president’s “all of government” approach means that nearly every cabinet post has a mandate to evaluate policy through the lens of climate action.

The president’s federal budget proposal has included increasing investment in climate science, technology development, emissions reductions, and programs to prepare communities to respond to climate-related emergencies such as flooding and wildfires. This includes new investments in disaster management, accelerated clean energy deployment and well and mine reclamation, and international funding for climate assistance efforts.

A variety of other activities in discussion at the federal level could significantly impact business. For example:

Here are our suggested considerations for business in light of these potential impacts:

Some form of infrastructure bill is almost certain to pass this year, and given the direction the administration has taken to date, it will likely emphasize decarbonization. The heightened sensitivity to the role that climate risk plays in financial markets is also likely to have corporate ramifications. Businesses can align their own activities to the direction of the market and legislation by prioritizing decarbonization and climate risk disclosure. Not sure where to begin? Check out our new guide to decarbonization.

Market volatility – from extreme events, to legislation, to supply and demand fluctuations – means that your energy commodities are all subject to change. It’s therefore critical to understand what your assets are, what your contracts look like, and how you can manage them proactively to mitigate risk. Our energy management team can help.

In the relative absence of legislation in the U.S. on decarbonization and infrastructure in the past decade, companies have taken a leading role. As a result, the corporate voice is an essential one in influencing legislative decisions. The U.S. Chamber of Commerce – a historically conservative organization – and many oil and gas majors are now among those taking a more proactive and progressive stance on climate action and market regulation. Now is an ideal time for companies to begin influencing legislative decision-making, whether through industry associations or individual actions. Learn more about Schneider Electric’s own commitment to the achievement of the Biden-Harris Climate Plan. 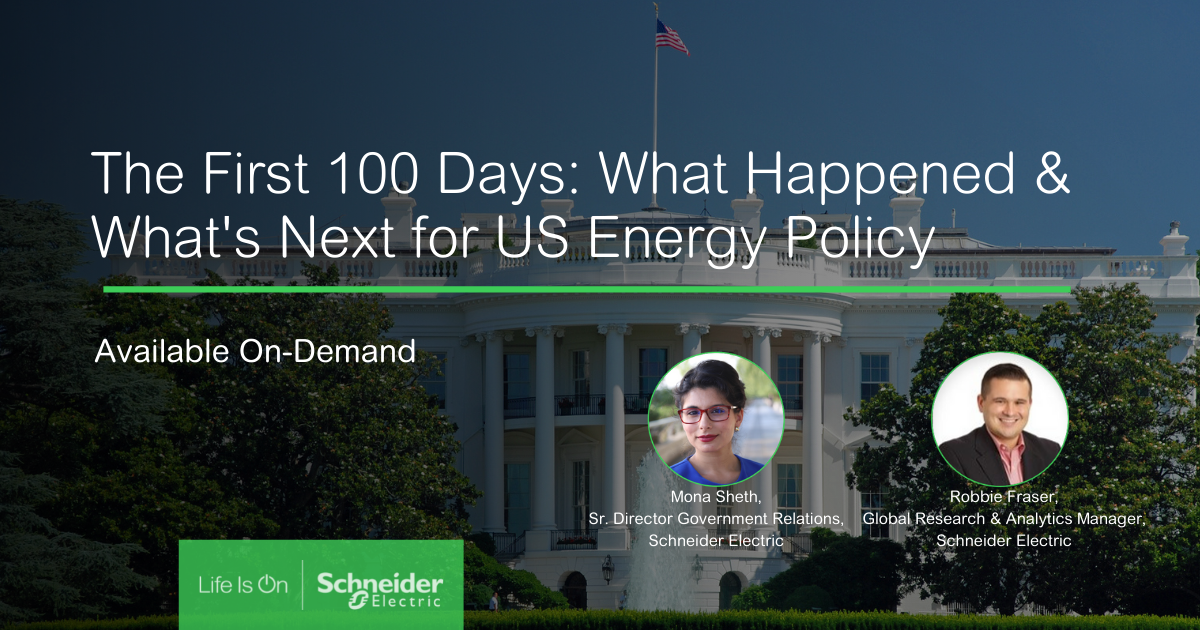 To bridge the gap between limited in-country renewable energy resources and the high demand from corporates... 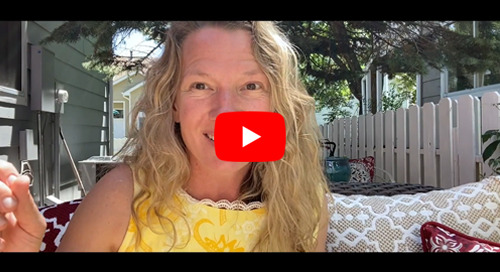 We're honored to be named the 2020 RE100 Clean Energy Trailblazer. Watch this video to learn more about our... 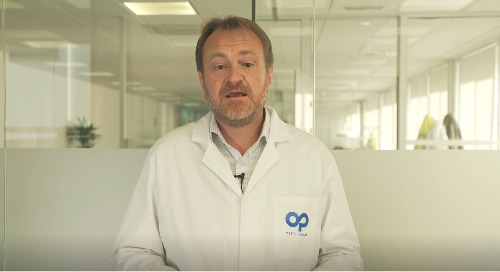 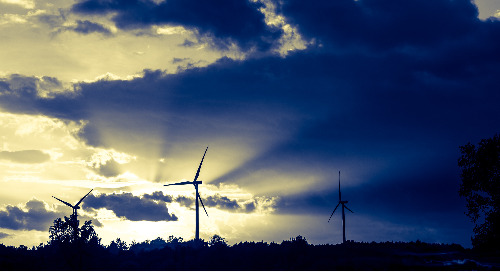 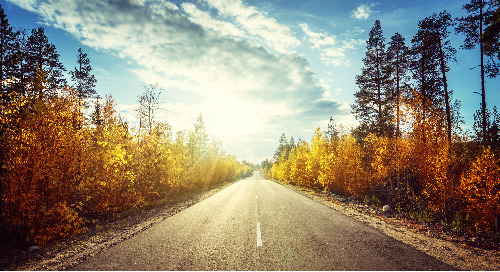 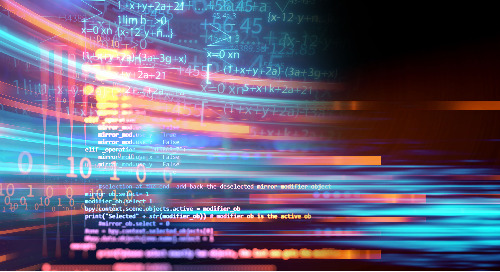 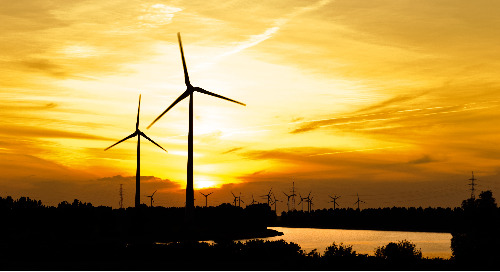 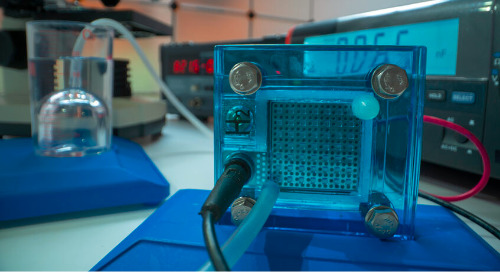 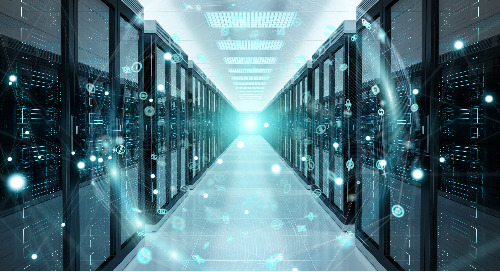 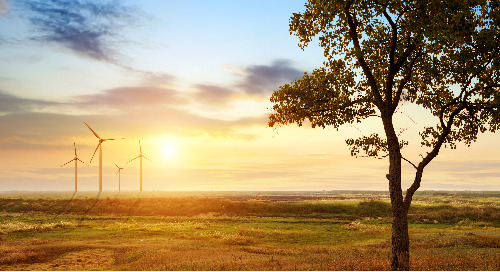 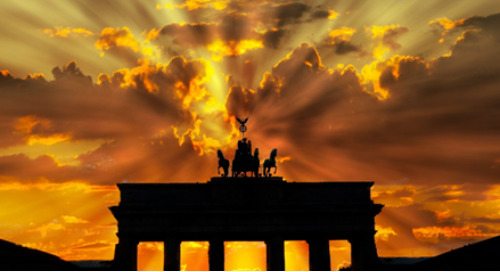 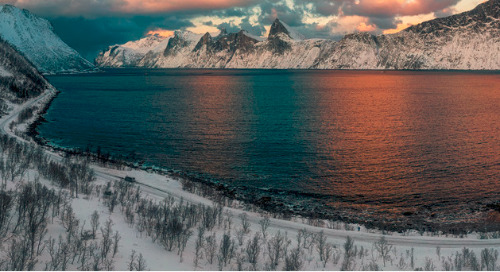 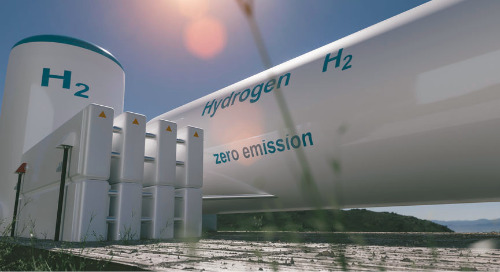 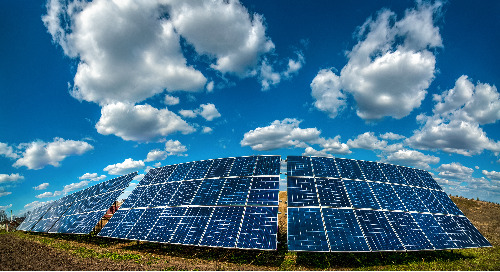